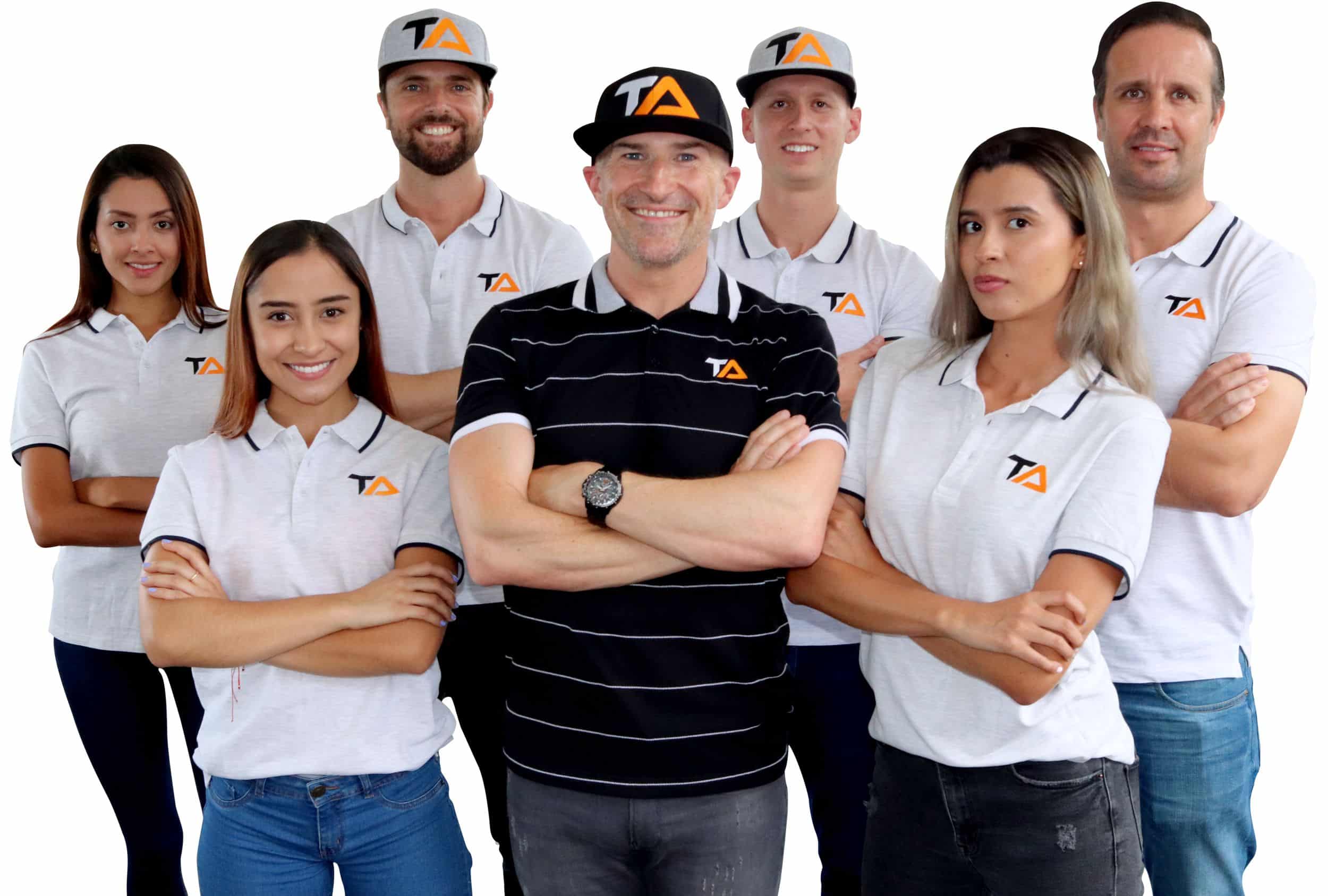 Get the MVP Package

What does skeleton consist of?

What are the three fibrous connective tissues that cover the 430 or so muscles of the body?

What is myosin and what is actin? Explain the sliding filament theory, too.

Describe the three types of muscle fibers. Which fiber typed would be utilized by a sprinter?

What is the all-or-none principle?

What are some ways that athletes can improve their force production?

List the parts of the heart, with a small description of each (think valves and the conduction system).

What is the skeletal muscle pump?

We include only the most important questions so that the huge NSCA CSCS textbook does not completely overwhelm you.

The skeleton is broken down into the axial skeleton, the appendicular skeleton, and the joints of the body.

-The Appendicular Skeleton includes the shoulder/pectoral girdle, the pelvic (right and left coxal bones), and the bones of the extremities of the body.

–Joints can be discussed in two different groups. The first group involves the amount of movement the joint allows. The second group discusses the axis or axes of movement for the joint.

There are three layers of fibrous connective tissue in the body. The first is Epimysium. Epimysium is the outermost layer of connective tissue. This layer is contiguous with the tendons in the body and the muscle as a whole. Tendons attach to bone periosteum and pull from these locations. The epimysium covers the muscle. Beneath our epimysium we have our muscle fibers that are grouped into bundles. These bundles are covered by the Perimysium. This is our second layer of connective tissue. The third and the smallest fibrous connective tissue is the Endomysium. This is inside of the perimysium, and it is used to cover the muscle fibers individually. It is also contiguous with the Sarcolemma.

There are two types of myofilaments: Myosin and Actin. These filaments are contained in the myofibrils and are used for the contraction of muscle cells. Myosin filaments have about 200 molecules of myosin. Myosin filaments have a hinge point, a fibrous tail, and a globular head. This head is used for the interaction it has with actin. Actin strands have two strands in a double helix shape. These two together make up sarcomeres and are organized longitudinally.

For the Sliding filament theory, it is said that the actin filaments on the end of the sarcomeres slide into the myosin, and this shortens the fiber. There are 5 phases of the theory.

● Resting Phase: There is not a lot of calcium in the myofibril, and not many of the myosin cross bridges are binding to actin.
● Excitation Coupling Phase: The sarcoplasmic reticulum releases calcium due to stimulation. Calcium then bonds with troponin. Tropomyosin along the actin shifts, and the cross bridge will now attach quicker to actin.

The three types of muscle fibers are Type I, Type IIa, and Type IIx.

●Type I muscle fibers are known as the slow twitch ones. These muscle fibers are very efficient with energy use and resistant to fatigue. They have a high capacity for supply of aerobic energy, but a limit for their potential for rapid force development. This last part is shown in their low activity of ATPase and low anaerobic power.
●Type II muscle fibers (both IIa and IIx) are basically the opposite of Type
I. They are both known as Fast Twitch fibers. These fibers have lower aerobic power ability. They can develop rapid force, have high ATPase activity and high anaerobic power. The differences in Type IIa and IIx resides in their aerobic oxidative energy supply capacity. The Type IIa fibers have more aerobic metabolism capacity along with increased number of capillaries compared to Type IIx.

For sprinters, we would see more Type II fibers, as it is a fast movement that doesn’t last long. If you look at the body types of sprinters, you will see that they have larger muscles than marathon runners. The athletes running marathons would have more Type I fibers. So, you can see Type II fibers are typically larger compared to Type I.

The All-or-none principle is a principle that deals with the activation of muscles. The principle states that all of the muscle fibers within a muscle unit contract at once and develop their force at the same time. So, one fiber is unable to be contracted without the other fibers that are innervated in the group contracting. In other words, we could say that a stronger action potential is unable to produce a stronger contraction. There either is a contraction, or there isn’t. We can’t have half contractions.

There are three main ways that athletes can use to increase their force production:
● By incorporating training phases with heavier loads. By doing this we are able to optimize our neural recruitment.
● By increasing our muscles’ cross sectional area that is used for the activity we want to improve in. This essentially makes us more efficient with the desired activity.
● By performing multijoint, multiple muscle compound exercise. Doing these explosively will optimize the recruitment of fast twitch muscles.

● Muscle Spindles are special muscle fibers inside a connective tissue sheath. They run parallel to the normal fibers. These fibers give back information regarding the length of the muscle and the rate of change in length. All impulses go to the spinal cord. Since muscle spindles tell the degree of activation, they also tell us the force needed to overcome resistance.

● Golgi tendon organs are proprioceptors located inside of tendons. These are essentially the same as muscle spindles, just with a different location. They give feedback based on stretch and tension within the muscles.
Neural input from the GTOs inhibits muscle activation. This process is used to protect from too much tension.

The heart is a muscular organ made up of two separate connected pumps. The pumps are known as ventricles. The right ventricle takes care of pumping blood to the lungs. The left ventricle oversees pumping blood into the rest of the body. There are four valves that make up the heart. The tricuspid and the mitral valve prevent the blood flow from the ventricles back to the atria during contraction. The aortic and the pulmonary valve prevent backflow from the ventricles during relaxation. Valves are passively controlled due to the pressure gradient pushing blood against it to close and pushing forward to open. The conduction system is made up of a few different things. The sinoatrial is where the rhythmic electric impulses start. Next is the atrioventricular node where the impulse gets delayed before passing to the ventricles. We also have the atrioventricular bundle which conducts impulses to the ventricles. The left and right bundle branches divide into purkinje fibers that are used to conduct impulses throughout the ventricles.

The skeletal muscle pump is the act of the skeletal muscles assisting with the return of blood back into the heart. It is essential for blood to be pumped back, as the blood is required to fight gravity going back to the heart. Contracting muscles put pressure in specific ways on the veins along with one way valves that prevent backflow. Because of this, it is important to keep moving following exercise.

You didn’t think we were going to leave you hanging without the answers, did you? Use these answers to double-check your own. Or, use them as a cram guide before the exam. 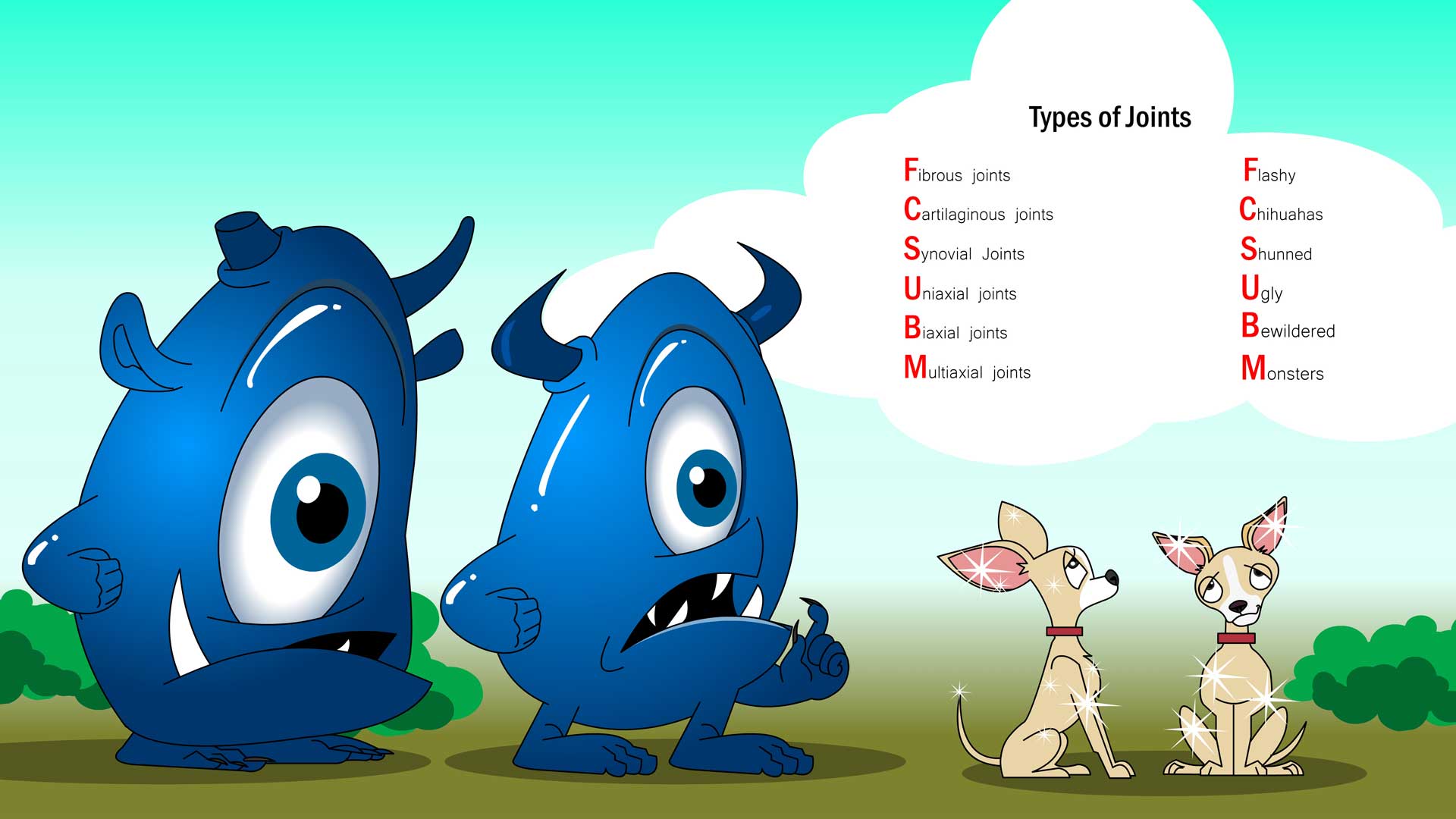 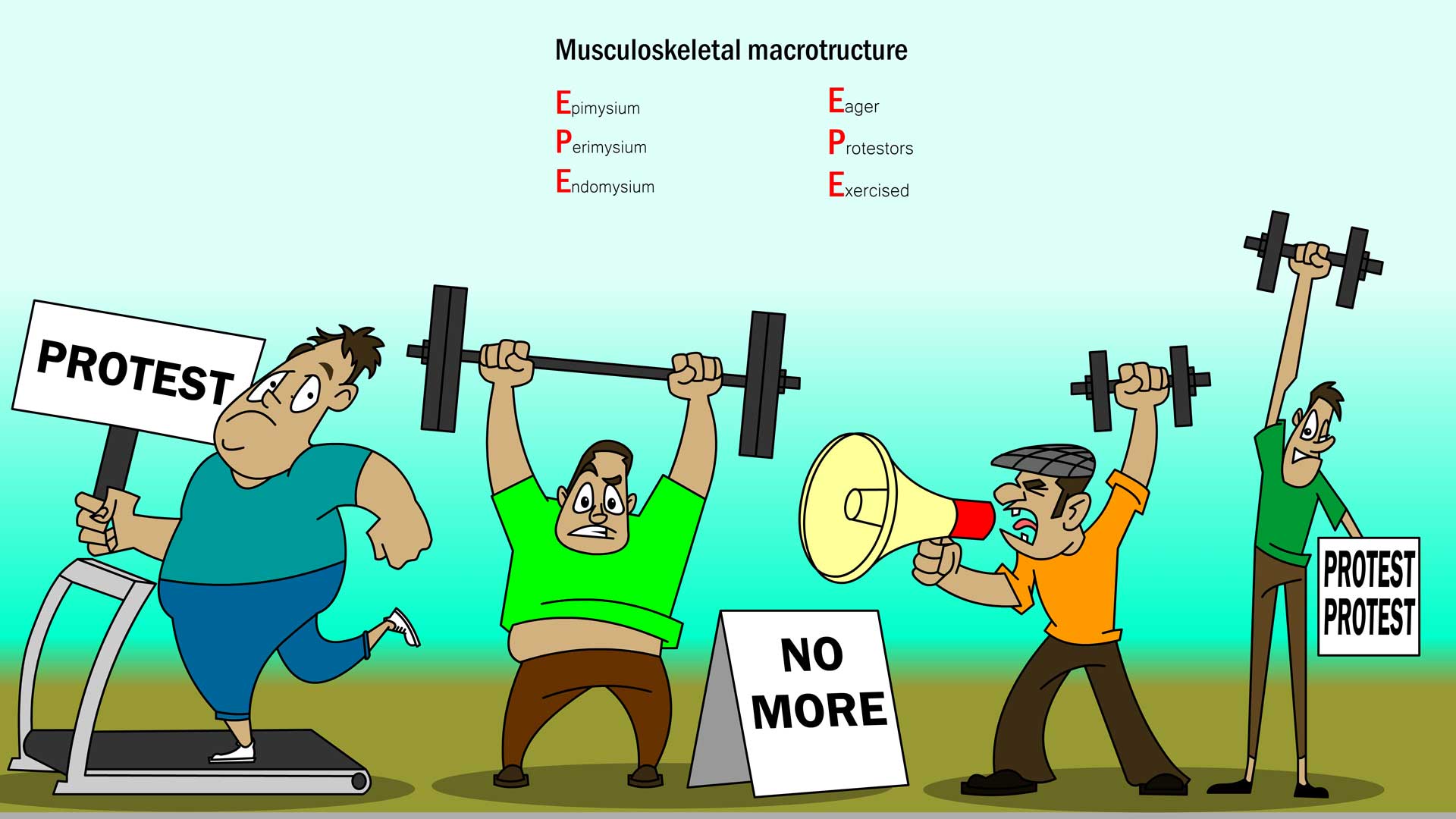 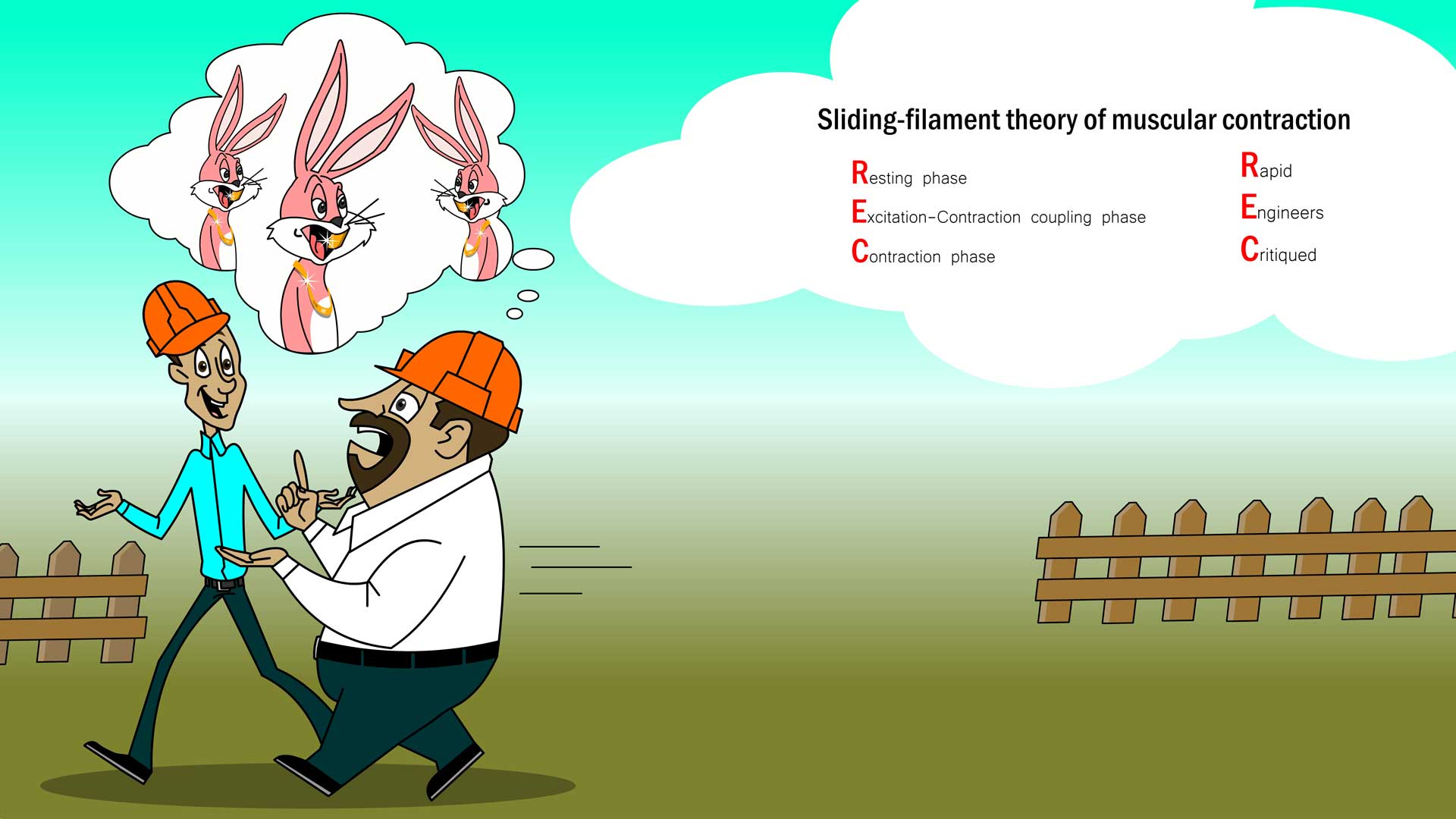 At first, mnemonics may seem like a strange way to study. But studies have shown time and time again that it is the best way to memorize information in a sequence. The goal is to make them as weird, controversial or gross as possible. Trust me, you are First Response might be “Ewwwww”, but you will never forget them. Practice what you learned in the fill in the blank section below.

let’s practice one. What are the types of Joints?

And for audio learners, we’ve got you covered as well. These are great to study while you are driving or hands-free.  It is the same as the written study guide. Short and sweet. We don’t want you falling asleep from an overload of long boring lectures.

While using our intelligent flashcards, you will rate yourself on how well you know each card from 1 (pink) to 5 (blue). Our intelligent system will start showing you you’re difficult cards frequently,  and you’re easy cards only once in a while. This will save you hours of time by focusing on your weak areas. 1,000+ flashcards total.

We have 3 full 220 question CSCS practice exams. These exams are timed to replicate what it feels like to take the real exam. You are shown which domain each question comes from.

At the end of each exam you will see a breakdown of how you did in each of the domains of study. This will help you refocus your studies on your weak areas. We have domain-specific quizzes to help you do this. Check the review results section to see the questions you got wrong.

In the “review results” section you will be able to see all of the questions you got wrong as well as the correct answer and explanation.

The study blueprint contains a 16 week study plan, an 8 week plan, a 4 week plan and a 2 week plan (AKA the cram plan). I help you decide which plan is right for you and show you exactly what to study (and how) for that time frame. This blueprint is essential if you are last second cramming and will give you the best chance to pass the exam.

The CSCS cheat sheet contains the most important information that you need to focus on right before the exam. This all fits on one sheet of paper and can be easily printed out and used the night before the test and as you are on your way to take it. This drastically helps with last-second retention of information.

Our CSCS MVP study package comes with an exam pass guarantee. It’s straightforward, if you somehow fail the test after using our study materials, we will refund 100% of your money. Period. That’s how confident we are in our study materials. The retest for the CSCS exam can cost up to an incredible $475! Don’t take the risk of failing.

Flash Sale: Save $100 on the NSCA CSCS MVP Package Today

Get the MVP Package

Questions? Use the Chatbox.